The variability among living organisms from all sources including, inter alia, terrestrial, marine and other aquatic ecosystems and the ecological complexes they are part of. This include diversity within species, between species and of ecosystems. (CBD, 1992).

Biodiversity, besides its ecological significance provides social, economic, cultural benefits for all. As human beings, we depend on biological resource, their diversity and the ecosystems that sustain them to provide essential functions and services.

Women play a critical role in managing natural resources on family and community levels and are most affected by environmental degradation. In communities around the world, women manage water, sources for fuel, and food, as well as both forests and agricultural terrain. Women produce 60 to 80 percent of food in developing countries, while inheritance laws and local customs often prevent them from owning or leasing land and securing loans or insurance.

Convention on Biological Diversity (CBD) became the first multilateral environmental agreement to have a Gender Plan of Action, which was adopted by Parties in 2008 and laid out actions to support the promotion of gender equality in measures to implement the Convention.

In 2014, the CBD COP 12 adopted the 2015-2020 Gender Plan of Action, reaffirming its objectives and updating to align with the Strategic Plan for Biodiversity 2011-2020 and its Aichi Biodiversity Targets. The 2015-2020 Gender Plan of Action is a significant decision and mandate for Parties on the integration of gender considerations and identifies possible actions for Parties, as well as a strengthened framework of actions for the Secretariat, to mainstream gender across policy, organizational, delivery and constituency spheres. 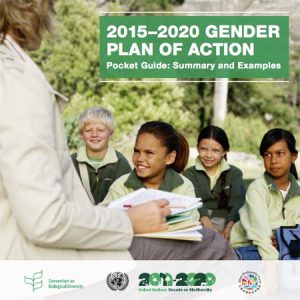 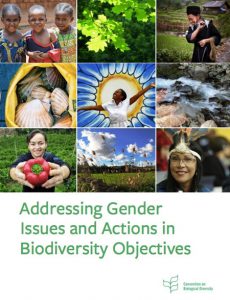 Women’s traditional roles (e.g. collecting water, growing food, etc.) are particularly crucial in drylands in terms of natural resource management and food security. Men have usually been responsible for decision-making and planning of farming activities, but in some areas, they increasingly leave the degraded areas to look for jobs in urban areas, leaving women to assume new roles and responsibilities on the farm. In such a changing context, it is fundamental to be aware of the obstacles hindering full participation of disadvantaged groups, including women.

Women rely on land resources to provide the household needs for food, water and energy, which makes them more dependent on natural resources than men; despite their multiple roles in dryland management, women’s access to and control over natural resources (such as land) and agricultural support services (including credit, extension services, etc.) are often restricted. Less than 20 per cent of land holders worldwide are women, and only 13 per cent of the land users who make the major decisions on agricultural land are women. On the other hand, women are a significant labour force and are guardians of valuable traditional and indigenous knowledge on land use. But these advantages do not benefit them. Globally, women make up 43 per cent of the agricultural labour force.

The role of women as agents of change has an important place in the programmes of the United Nations Convention to Combat Desertification (UNCCD), established in 1994. In September of 2017, the UNCCD prepared a Gender Action Plan, a document aimed to achieve gender equality in all issues related to women’s empowerment at all levels of decision making and implementation of the convention. 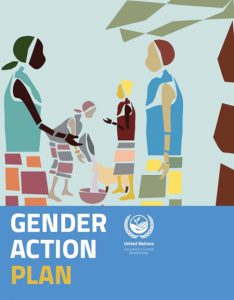 Aside from carrying a huge ecological value, there

🌱What's next for gender and human rights now th

To kick off the series of events at the Women’s

Alliance of women, grassroots women organizations and networks advocating for gender justice and women and girl’s empowerment in the UN CBD and UNCCD.

++New Blog post++ #Biodiversity and #Gender: how their bonds were strengthened in the UN Convention on Biodiversity by ZEF Senior Researcher @Isiosemwegie
➡️https://blog.zef.de/?p=8235

For any inquiries please email