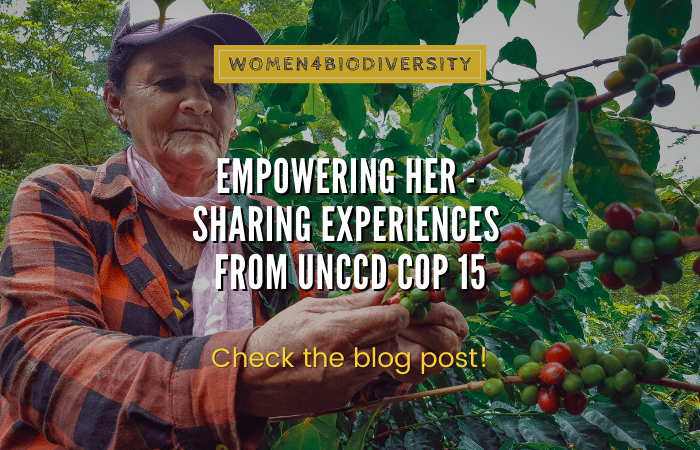 The United Nations Convention to Combat Desertification (UNCCD) recently convened its fifteenth session of the Conference of Parties in Abidjan, Cote D ‘Ivoire. The conference was attended by leaders from governments, the private sector, civil society and other key stakeholders from around the world. The COP 15 theme for this year was ‘Land. Life. Legacy: From scarcity to prosperity, a collective call to action to all leaders present to ensure land, the lifeline on this planet, continues to benefit present and future generations.

Land is by far the most important factor of production and a fundamental natural resource both for the survival and prosperity of humanity. This means that in the absence of land, agriculture is curtailed. The resulting little to zero food production and scarcity pose a risk to human well-being and animal life. Life is thus dependent on the availability of healthy and fertile lands for the provision of food, water and air.

However, despite land being a crucial factor for the survival of human beings and animals, research done by the UNCCD shows that as a result of extensive human activity to exploit land, its biodiversity, soil fertility and overall health have been on the decline over the last couple of decades. The UNCCD COP 15 meeting was strategic to discuss different approaches where Parties to the Convention and other leaders could each contribute to the fight against desertification, land degradation and drought.

I was privileged to represent Women4Biodiversity at some of the key events, including a side event on May 12 whose topic centred on “Guardians of Our Planet; Impact of Women and Indigenous Groups to Achieve Land Degradation Neutrality Targets in Food Systems Transformation” at the Rio Pavilion organized by WWF.  This was a full-day event celebrating “World Food Day.” The side event focused on food systems and their direct impact on biodiversity, climate and livelihoods. Women4Biodiversity, through its participation in the UNCCD COP 15, highlighted the need for women and girls’ engagement in achieving a total transformation of the world’s food systems by bringing in the gender perspective approach.

Additionally, I deliberated on the need to address and systematically integrate gender land rights into policy, planning and implementation actions and eliminate all structural discrimination within food systems, biodiversity management and climate change governance and as such furthering the discussions by the Women’s Caucus in the Convention on Biological Diversity (CBD).

Another key engagement and participation by Women4Biodiversity were at the UNCCD Gender Caucus held on May 13. The Caucus brought together world leaders, including the first female President of Finland, Tarja Halonen, and the First Lady of Côte d’Ivoire, Dominique Ouattara. The focal point of the discussion by Parties was women’s empowerment through enhanced access to land rights and natural resources and their inclusive and active participation in policy formulation and implementation of the UNCCD.

Through the submission at the Gender Caucus, Parties to the Convention also adopted the “Abidjan declaration on achieving gender equality for successful land restoration.” The declaration lays an emphasis on securing women’s access to land and their legal control over the land. It also brought attention to the inadequacy of secure land rights ultimately leading to land degradation, causing social and economic instability with increased levels of conflict over land and natural resources. Statistics show that modern food systems are not sustainable and pose a risk to the very sustenance of life. A sustainable food system is one that promotes and provides safe, nutritious and healthy food of low environmental impact while protecting and restoring the natural environment. The good news is that the land restoration process does not have to start from scratch. Local and Indigenous women and girls possess the traditional knowledge, innovations and practices in matters of land and food production and conservation as they are commonly referred to as “guardians of the seed.”

Having acknowledged the key role women and girls play in biodiversity conservation and healthy food production mechanisms, it is only fair and just that they too are included in these restoration practices. Our hope and belief are that going forward, Parties to the Convention and other world leaders will each take action to fight and eradicate this land pandemic, moreso at the national level for the sake of healthy and fertile land, with future generations in mind.