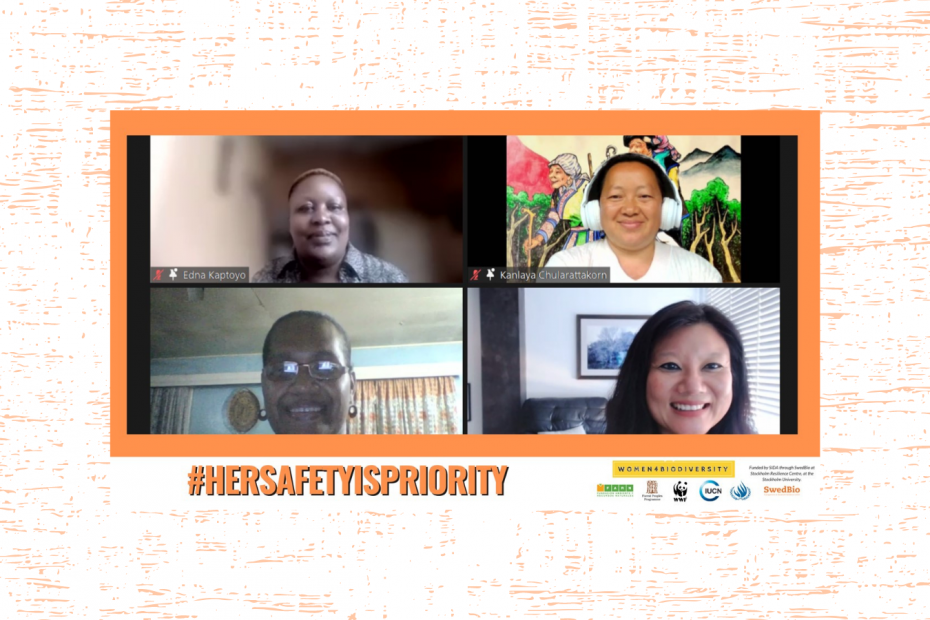 This event is a follow-up to the October 11 a high-level event on advancing gender considerations in the post-2020 global biodiversity framework, held in parallel to the opening of the first part of the CBD COP 15 (15th Conference of Parties to the Convention on Biological Diversity). Held this Human Rights Day, is also part of the 16 Days of Activism campaign, #HerSafetyIsPriority.

Gender-based inequalities are pervasive across the world, impacting not only the social, cultural, economic, and legal rights of women, but also their ability to equally and effectively participate in policy and decision-making, which impacts their lives and dignity.

Women represent the world’s majority of the poor, landless, illiterate, and informal and unpaid workforce.

Involving the whole of community in  changing attitudes towards women

On Free, Prior and Informed Consent  (FPIC) with women in conservation projects

“We really need to listen to the women on the ground. That is where things happen, at national and local levels, and can effectively influence the agenda at global level.”

“While we all come from different diverse backgrounds, there are certain things that bind us. We found their commonalities (among the speakers) in a lot of our situations. In the future, we could even have a global dialogue between communities who are facing similar things from two points of the world. Another thing for the future is a gender-sensitive toolkit – maybe together, we could build on it from our experiences, and it could be a living, breathing document that constantly keeps changing, depending on people’s experiences”.

Read the full text of the closing statement here

Read the full text of the opening statement here