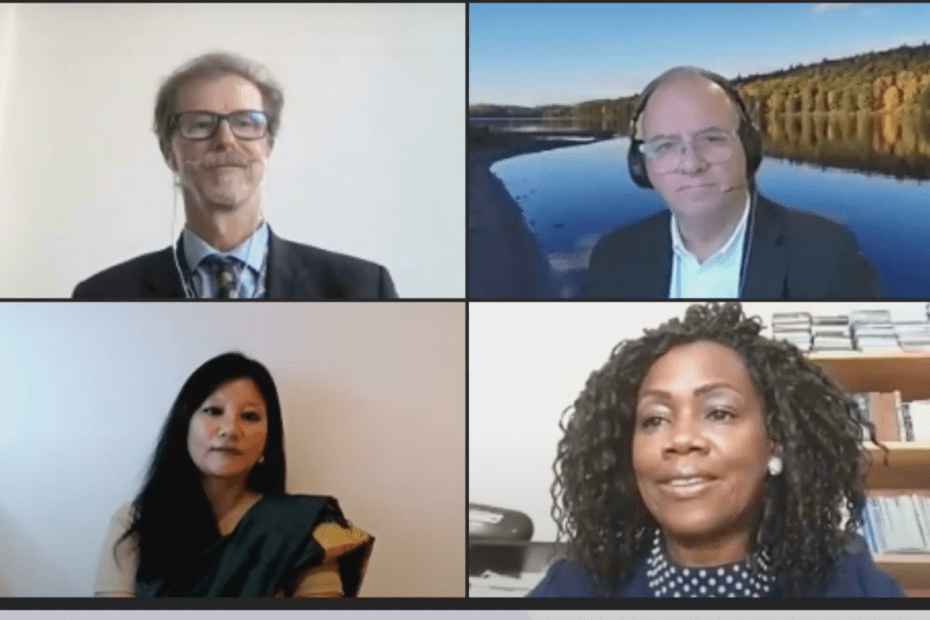 For the world’s biodiversity policies and programmes to be gender-responsive and transformative, human rights needs to be at the center of the post-2020 global biodiversity framework. The Framework is a 30-year blueprint that will be adopted by the 196 countries parties to the Convention on Biological Diversity (CBD) at the Fifteenth Conference of Parties (COP-15) in 2022.

The High-Level event coincided with the opening of the COP-15 of the United Nations Biodiversity Conference. The first phase of COP-15 was held virtually and in person in Kunming, China from 11 to 15 October, while the second phase will be held in person in Kunming in April next year. The post-2020 global biodiversity framework being negotiated and finalized at COP-15 will guide governments and other stakeholders of the Parties to the CBD in their policies and programmes on the conservation, sustainable use, and equitable sharing of biodiversity for the next 30 years. 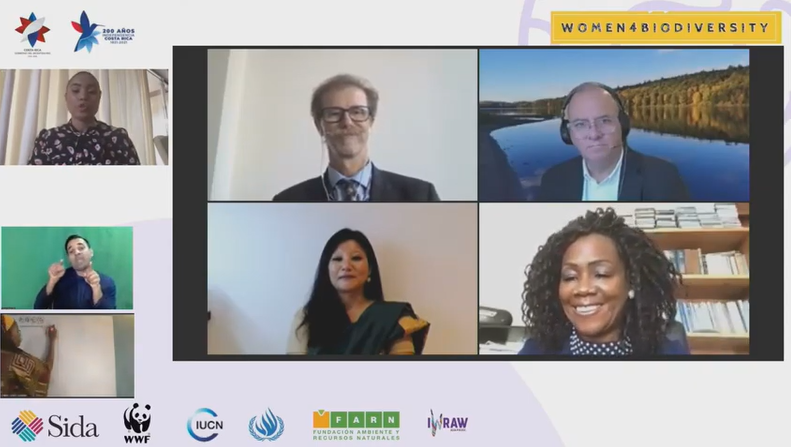 During the High-Level event, Barr and Rai underscored the need for a specific target for women in the post-2020 global biodiversity framework. Barr said a target for women “can accelerate the closing of gender gaps” between women and men. She added that using a “gender lens” would differentiate women’s problems and help in designing specific solutions for them. 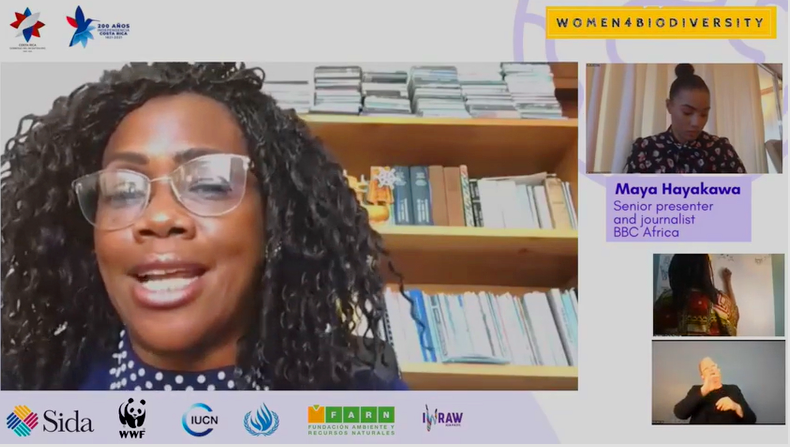 Meanwhile, Rai said that a standalone target for women with concrete indicators would help “ensure that gender considerations are truly reflected” in the Framework. The CBD Women’s Caucus, supported by the Government of Costa Rica, has proposed and continues to promote an additional and stand-alone target for the Framework. Target 22’s goal is “to ensure equitable access and benefits from conservation and sustainable use of biodiversity for women and girls, as well as their informed and effective participation in policy and decision-making related to biodiversity.”

The current draft of the Framework has 21 biodiversity action-oriented targets, with only Target 21 mentioning women, along with youth and indigenous peoples and local communities. 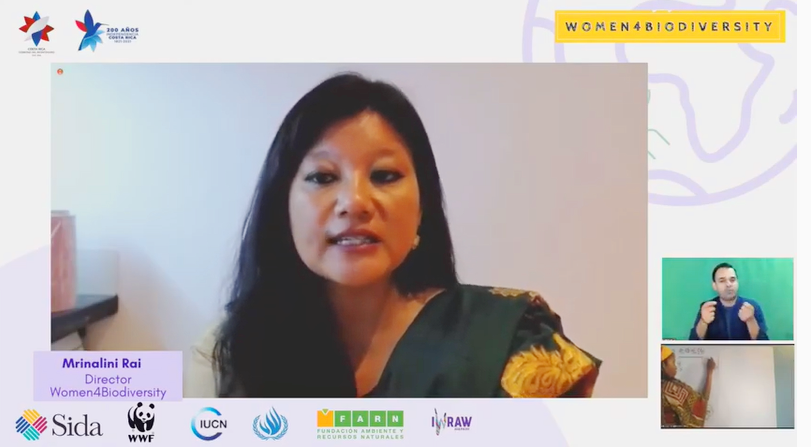 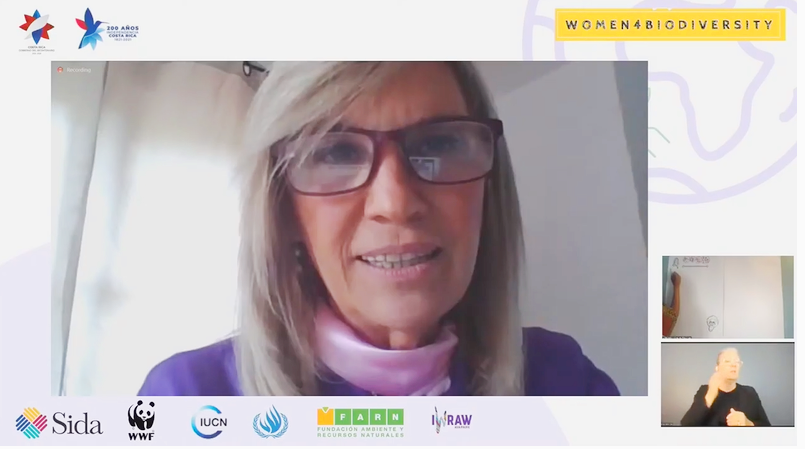 United Nations (UN) Special Rapporteur on Human Rights and Environment David Boyd linked the recent UN Human Rights Council resolution on humans’ rights to a clean and healthy environment with women’s rights. “We must recognize women’s rights to land, water, and the ecosystems that sustain them, their families and their communities, and ultimately we must integrate gender equality into all actions to conserve, protect, restore equitably use and enjoy the benefits,” he said.

CBD Executive Secretary Elizabeth Maruma Mrema welcomed the Parties to the CBD’s integration of gender perspectives in the Framework and related that this would help in “engaging women and girls from the grassroots to the global level.” 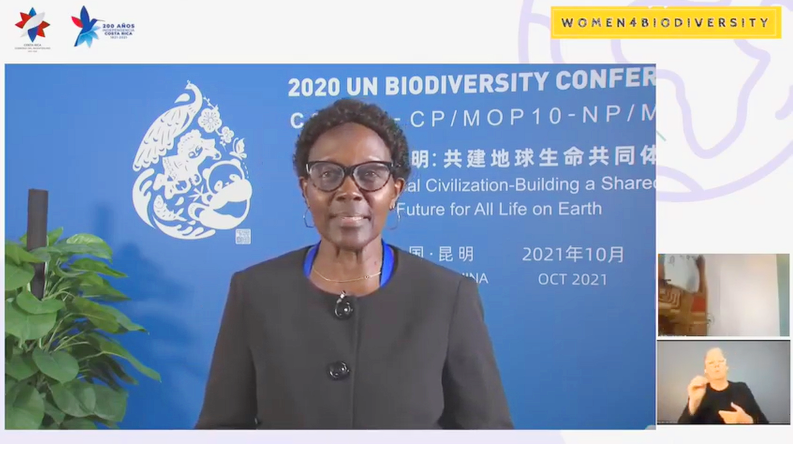 Similarly, Open-Ended Working Group for the post-2020 global biodiversity framework Co-Chair Basile van Havre said that “enabling women in every part of society to be part of the discussion” is important.


Why women need to be part of the biodiversity agenda

The way women relate with and are affected by biodiversity may have differences with men, and addressing this nuance will help address the needs of women and men better.

As an example, Boyd cited that environmental degradation disproportionately affects women and girls. “Every year, countless illnesses harm women and girls who are cooking with polluting stoves,” he said.

Women are also often more marginalized. Mrema highlighted how women are more affected by the COVID-19 pandemic. “Most often, women and girls suffer the brunt of the crisis,” she said. “These include insecure employment, increased burden of caregiving and heightened risk of gender violence.”

Mrinalini pointed out the existence of “systemic barriers.” She said that generally, despite women’s significant contributions, their work is “less paid and less valued.” With regard to participation in biodiversity, she added: “There are good practices, there are local initiatives, there are women in policy spaces, but it’s not enough. The playing field for everybody should be equal.”

For women to be truly included in the post-2020 global biodiversity framework and be empowered in the sustainable use, conservation, and equitable sharing of biodiversity,  “enabling environments” need to be created, according to Barr and Rai.

“It is vital [to] implement policies and invest in enabling conditions for women for their participation and governance in [biodiversity],” Barr said. She underscored the importance of an “ambitious biodiversity agenda to be aligned with investment.” 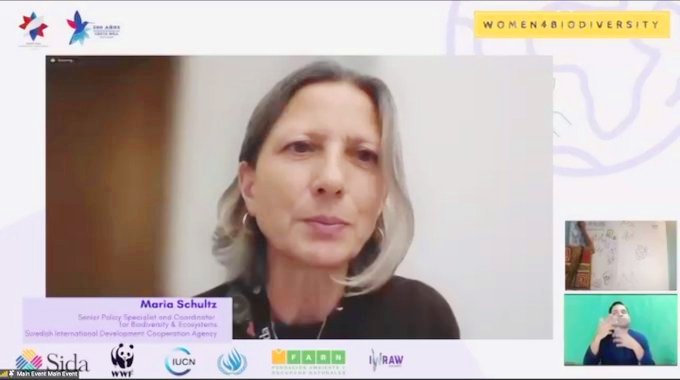 SIDA’s Senior Policy Specialist and Coordinator for Biodiversity and Ecosystems Maria Schultz talked about the importance of gender integration in biodiversity initiatives.

Meanwhile, Rai pointed out the need for a thorough approach on gender considerations in the post-2020 global biodiversity framework, saying that all “principles, objectives, implementation, financing monitoring, reporting, and review [should be] for the full realization of the [Framework’s] 2050 vision of living in harmony with nature.”

Paying attention to this detail would also help ensure that both the post-2020 global biodiversity framework and the post-2020 gender plan of action are “aligned with and complementary to each other.”

For the framework and the plan to be effective, Rai said that policies and actions that empower women at the local, national, regional, and international level are needed.

Hopes for the future of women and biodiversity

While challenges lie ahead, van Havre encourages those engaged in the work on women and biodiversity to visualize the future they want. “We’re not able to describe the world we’re going to because we’re focusing on the challenge of getting there. We are looking at the costs…the difficulties,” he said. “What we’re not describing is that better future, one where our children will have better health, an easier time, more fulfilling jobs, a greater place for all.”

Rai envisions engaging women in the biodiversity agenda would take a “holistic, whole-of-society” approach. “It should not further take away the rights of all, especially because it also impacts the people who are in vulnerable situations,” she said.

Barr, meanwhile, highlights the role of women for the future of biodiversity. “The nexus between women and nature has always been present, but it has never been as imperative as today to put ourselves, women, at the center of the future, a future that restores respect for nature,” she said.