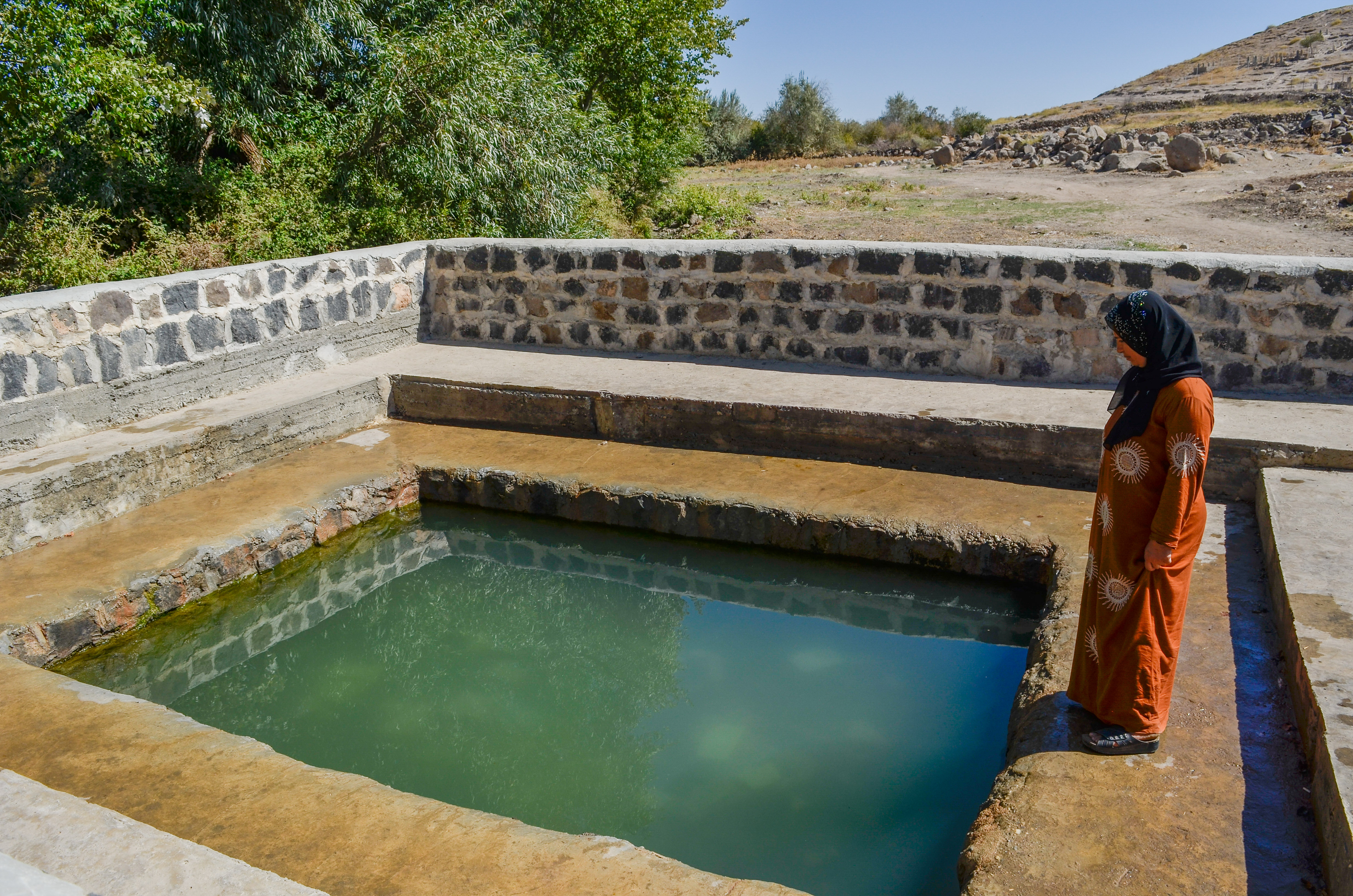 “If rain doesn’t come, we will not be able to plant anything this year,” laments Amal, a Syrian farmer in her thirties. Amal’s family lives from what she manages to grow in her small garden and on a nearby plot of land – less than one hectare – rented from neighbors.

After ten years of war, Syria is now caught in the midst of one of the most serious droughts in its history. Dramatically low rainfall over the past two years (2020 and 2021) have taken a heavy toll on Syrian farmers, who lost several consecutive harvests. Once a regional breadbasket producing wheat in excess, the northeastern part of the country is slowly edging towards famine.

But Amal, whose name means “hope” in Arabic, is not losing that feeling. Together with women and men from her village, she decided to clean and rehabilitate one of the village’s two “wash houses” – pools of water where villagers traditionally clean their clothes and bathe. The wash houses are fed by a natural spring nearby, and the water that collects there is used by farmers for irrigation, and by young boys as a swimming pool in summer.

Cultural norms prevent men and women from bathing in the same pool. For now, Amal is happy to have rehabilitated part of her village’s water supply. She hopes better times will come so that the community will soon have the means to fix the women’s wash house.