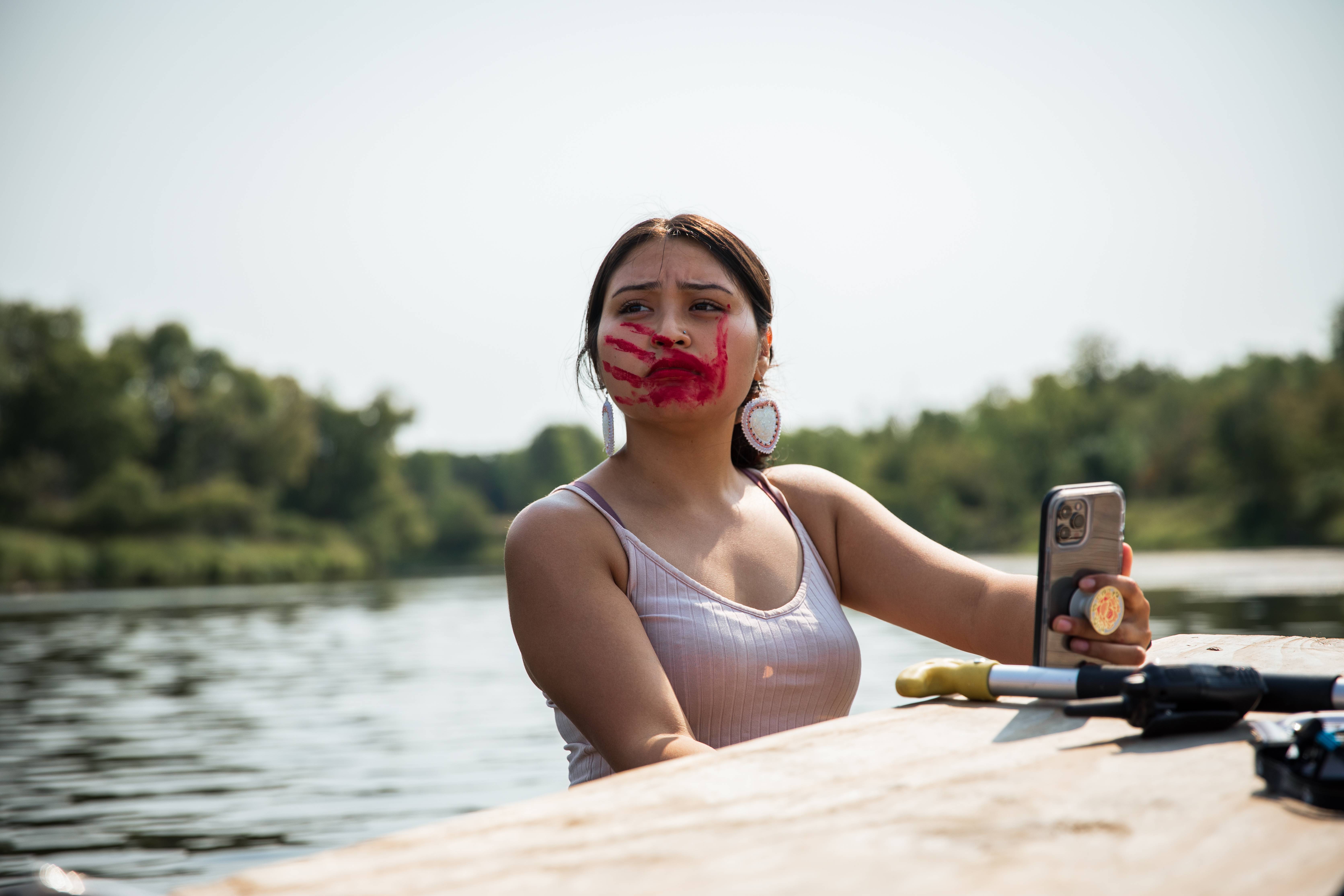 Sonny (Iñupiaq) holds her phone during a protest in the Red Lake River (Minnesota, USA), against construction of the Line 3 tar sands oil pipeline. The Line 3 pipeline cuts through hundreds of wetlands, forests, rivers and streams on Anishinaabe territory, and a leak would be catastrophic for the people and ecosystems that inhabit them. Livestreaming from mobile phones has been a key way protesters alert the public about what is happening on the ground. Mobile phone livestreaming has also been a medium in which water protectors and citizen scientists document environmental violations during the oil pipeline construction process, such as drilling frac-outs, which affect water quality and Manoomin (wild rice) beds. Additionally, many Indigenous protestors feel that livestreaming is essential for self-protection against the authorities: many Indigenous activists have been violently arrested protesting the Line 3 pipeline, and say that police are less likely to use excessive force against them when they know they are being watched.