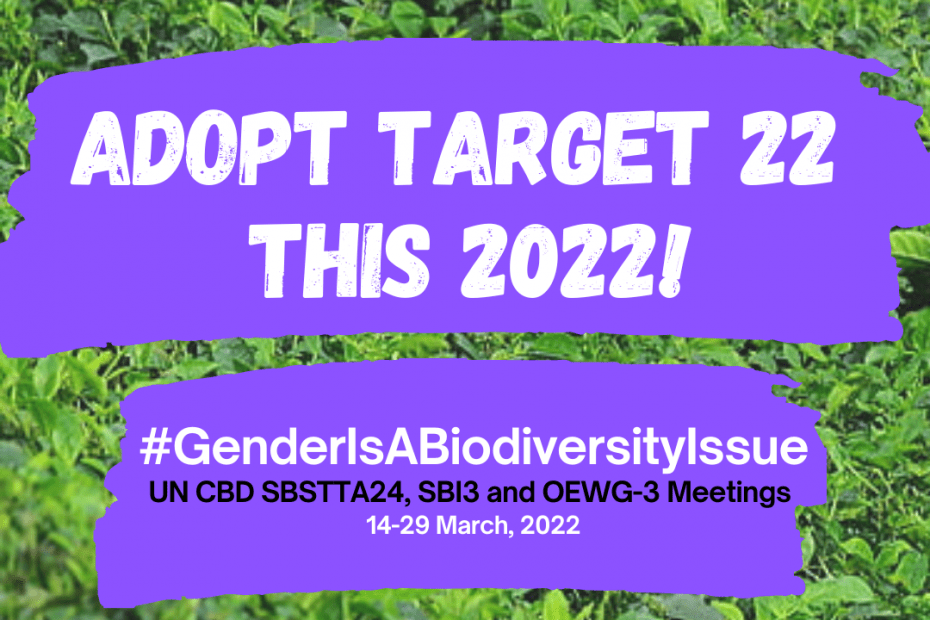 During an action calling for the gender equality target organized by Women4Biodiversity  last March 21 at the CBD meetings, five Parties available at that time (Costa Rica, Dominican Republic, Mexico, Chile, and Uruguay) spoke words of support in front of other delegates and signed the “I support gender equality target” banner at the conference center’s lobby.

Costa Rica affirmed the importance of the stand-alone target, Target 22, and the hope to gain more support for it. Dominican Republic pointed to the absence of gender in the Aichi Biodiversity Targets and the need for gender mainstreaming this time in the post-2020 global biodiversity framework. Chile also expressed the need to mainstream gender in the framework. Uruguay noted gender to be a cross-cutting issue that needs to be in the framework. Meanwhile, Mexico reiterated that they will keep pushing for both the post-2020 global biodiversity framework and the Gender Plan of Action. They expressed approval for the inclusion of girls in the target, as girls are “key rights holders in the conservation of biodiversity.”

Representatives from the Women’s Caucus – UN CBD, Global Youth Biodiversity Network, and the Office of the High Commissioner for Human Rights also spoke and signed their support as part of the action.

Other delegates also signed the banner during the two-week meetings.

More pictures from the action below: