Why Rights and Biodiversity Are Interdependent 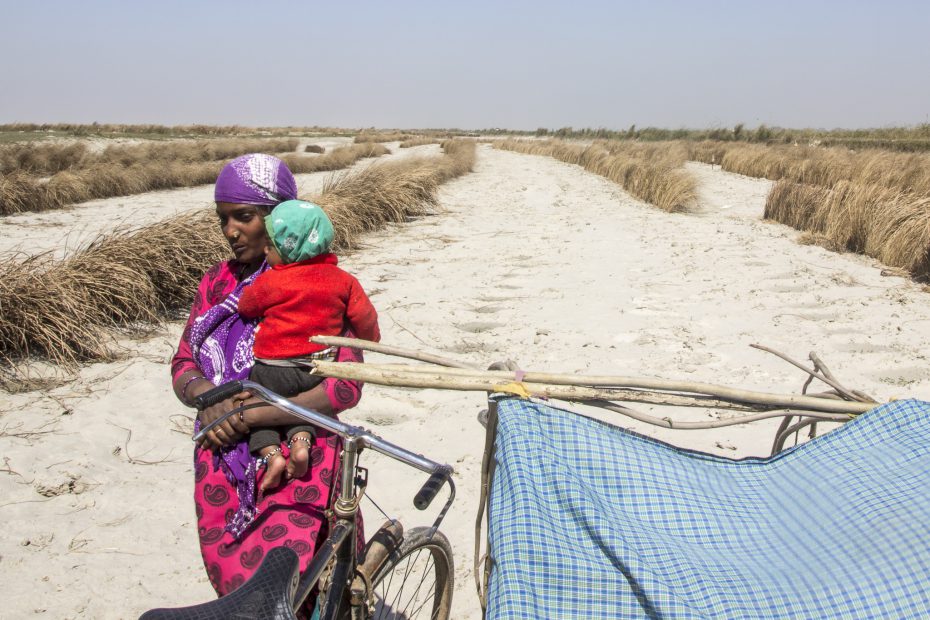 This article authored by Claudia Ituarte-Lima was originally published on October 22, 2020 on China Dialogue and Raoul Wallenberg Institute on Human Rights and Humanitarian Law under a Creative Commons licence. Claudia can be reached at [email protected]

“There is now global agreement that human rights norms apply to a broad spectrum of environmental issues, including biological diversity (the full range of life on Earth) and healthy ecosystems (the foundation upon which all life depends),” according to David Boyd, the UN Special Rapporteur on human rights and the environment.

Yet, the future of the health of our planet and those who defend it is not already written. A number of organisations have seen a transformative pathway in the bridge between global biodiversity and the proposed universal right to a healthy environment – which would build on the wide recognition of this right in constitutions, laws or treaties by 80% of UN member states. UN Women identified an increasing focus on the rights-based approach and women’s agency as key for transformative change in its contribution to the development of a post-2020 global biodiversity framework.

The connections between biodiversity, healthy ecosystems and human rights may be most dramatically apparent in the situation of people around the world who defend the environment. More than 200 environmental defenders were killed in 2019, according to Global Witness, and they are increasingly at risk.

200+ environmental defenders were killed in 2019 and they are increasingly at risk.

In line with the Vienna Convention on the Law of Treaties, the Convention on Biological Diversity (CBD), generates obligations to the 195 states and the European Union who have formally accepted to be bound by this international treaty. Hence, these States must be held accountable if their self-determined commitments concerning biodiversity and healthy ecosystems are not implemented. Accountability is necessary to move forward successfully, recognising that the world has failed to fully meet the 2020 Aichi biodiversity targets.

Human rights in this framework could help strengthen the principle of accountability and rule of law. In its current draft form, the post-2020 framework calls for consistency and harmony with other international obligations. Understanding the distinction between “duty bearers” and “right holders” is important for holding accountable those states and businesses that do not comply with biodiversity and human rights law.

Under human rights law, the main duty bearers are States – the legislative, executive and judiciary. Businesses, including public and private corporations, and aid donors, are also duty bearers and have human rights responsibilities, for example, when governance functions are privatised. In turn, rights holders are all human beings or collectives, such as indigenous peoples, that have particular entitlements in relation to specific duty bearers.

The human rights-based approach not only recognises that duty bearers shall respect, protect and fulfil human rights but also that rights holders such as women, children and indigenous people are active agents of change. Some of these groups in vulnerable situations are indeed the ones triggering change to address social-ecological challenges for example in many climate and biodiversity litigation cases. In contrast to a narrative that frames people in vulnerable situations as passive victims or recipients of aid waiting to be saved, recognizing the agency of all people brings us together in our equal human dignity and increases the possibilities of generating transformative change.

China’s proposed theme for CBD COP15 is ‘Ecological Civilization: Building a Shared Future for All Life on Earth’

This distinction between duty bearers and rights holders and a focus on accountability is particularly relevant for the framework’s targets on responsibility and transparency (targets 15-18) and for enabling the appropriate environment for the implementation of the framework and the attainment of other societal objectives (target 14). The distinction also clarifies who is responsible for developing laws and policies to enable the achievement of the CBD objectives, as well as to ensure the financial resources are available to meet the goals (target 18). Moreover, states are responsible for enforcing sanctions.

To curb the harmful incentives that are accelerating damage to life on Earth (target 17), there is a need to eliminate perverse subsidies. For instance, there are more than US$300 billion of global subsidies for fossil fuels. Instead, economic activities that support biodiversity conservation and sustainable use such as green and fair trade coffee production in agroforestry systems, can be incentivised, including through an increase of financial and technical public support.

There are also other types of perverse incentives that are not often discussed by the “biodiversity community”. Impunity incentivises ecosystems degradation and violation of the rights of environmental human rights defenders because those who commit such violations see that there are no consequence for their actions.

States must not only enact laws with strong sanctions for businesses that degrade ecosystems and violate the rights of environmental defenders, but also effectively enforce those laws. Furthermore, as highlighted by various organisations at a hearing at the Interamerican Commission of Human Rights, States must prevent the intentional misuse of the criminal justice system by businesses to retaliate and intimidate environmental defenders. For doing so, resources, information and adequate training not least to the justice system are needed.

China’s proposed theme for CBD COP15 is “Ecological Civilization: Building a Shared Future for All Life on Earth”. Law has a key role to play here. Yet, human rights law is not only about legality, transparency and sanctions. It is also about walking the talk on respecting, protecting and fulfilling the human rights obligations that concern a healthy environment. It is doing so within countries’ own borders but also abroad in line with extra-territorial obligations as clarified by the Maastricht principles. China, a major economic player with overseas investments in Asia, Africa, Latin America and beyond, will have an important role to play on whether or not building such a shared future, leaving no one behind, becomes reality.

In the Urgenda Foundation v. Netherlands case, the Netherlands’ highest court confirmed that insufficient action to address climate change poses a “risk of irreversible changes to the worldwide ecosystems and liveability of our planet”.

Welcoming this decision, Michelle Bachelet, the UN High Commissioner for Human Rights, highlighted that cases such as this one provide a legal basis to compel stronger and more rapid action by governments. The zero draft mentions a “rights based approach” and “rights of nature” but without explicit reference to human rights. Explicitly incorporating a human rights based approach into the post-2020 global biodiversity framework could strengthen the legal basis for the collective action needed to address the systemic challenges arising from climate change and ecosystems degradation.

The principle that all human rights are indivisible and interdependent, which has been reiterated for more than 60 years in international instruments, including the Universal Declaration of Human Rights, can help clarify human rights related obligations concerning biodiversity conservation and sustainable use. The UN Human Rights Council has explicitly acknowledged (.doc download) the importance of fulfilling CBD commitments for the enjoyment of a wide range of human rights. The UN Declaration on the Rights of Indigenous Peoples, Article 29 and the UN Declaration on the Rights of Peasants and Other People Working in Rural Areas, Article 18 resonate with the conservation, sustainable use, and access and benefit sharing objectives of the CBD. These two declarations were adopted by the UN General Assembly in 2007 and 2018 respectively.

The incorporation of human rights in the post-2020 biodiversity framework can help indigenous peoples and rural communities and other groups not only to minimise negative impacts on healthy ecosystems (target 6) but also to empower them to use law as a means to support their good quality of life in harmony with nature.

Along with UN legal developments, national advances are also occurring, spurred on by an increasing wave of litigation. Colombia’s supreme court uses the concept of “ecological constitution” and elaborates the content of the right to a healthy environment with reference to biocultural rights, weaving together national law and the CBD, among other multilateral environmental agreements. The Supreme Court of Mexico relied on the Ramsar Convention in a decision concluding that a tourism development that would destroy mangroves would violate the right to a healthy environment.

The relatively vague concept of “ecological civilization” espoused by China can become more inclusive and infused with innovative meaning by building on legal advances from other parts of the world, not least from the “Global South”. Furthermore, there is significant scope for the global biodiversity framework to use law to trigger change; the role of law in the draft framework is mentioned twice and only in relation to legality and illegality of wildlife trade (target 4 and target 14j).

While environmental human rights defenders are increasingly in a vulnerable position, subject to myriad risks, they are also agents of transformative change. Local people are using innovative legal empowerment methodologies such as community protocols and community paralegal initiatives to protect the integrity of ecosystems. For example, local civil society groups won a court case against the backers of a coal project in Lamu, Kenya, which was the largest in eastern and central Africa, and largely Chinese-financed. Their case was anchored on overlapping grounds of inadequate public participation, negative environmental and health impacts, and economic unviability. The draft global biodiversity framework includes targets concerning participation (target 14 and 20), inclusion of biodiversity values in various policy instruments such as environmental impact assessments (target 13) and spatial planning concerning land/sea use change (target 1). Legal empowerment tools and environmental policy instruments used by environmental defenders can help implement the framework, even in cases with obvious power imbalances such as between extractive companies and local communities.

In 2020, UN Secretary General Antonio Guterres issued the UN Global Call for Action on Human Rights. Under the “rights of future generations” theme, he calls for universal recognition of “the right to a safe, clean, healthy and sustainable environment,” and for increasing the focus on protecting the rights and supporting the work of environmental human rights defenders. Youth, children and women are among those courageously undertaking that work, particularly in the Global South. While intergenerational equity is mentioned in the preamble of the post-2020 biodiversity framework, there is no explicit reference to children and future generations.

Young people, girls and boys are taking practical and innovative steps needed to respect, protect and fulfil the right to a healthy environment. For example, the Supreme Court of the Philippines ruled in favour of a group of 14 young Filipinos, known as Concerned Residents of Manila Bay, directing governmental departments and agencies to clean up the bay and protect it for the benefit of future generations, including by not issuing any further permits for activities that would pollute the bay. Twenty-five young people relied on their right to a healthy environment in securing a landmark decision from the Supreme Court of Colombia that ordered the government to end deforestation in the Amazon.

If an ecological civilization means building a future for all life on Earth, then we need to recognise and act urgently upon human rights and biodiversity interdependencies, not least by explicitly incorporating human rights in the post-2020 global biodiversity framework.

More than 900 civil society groups have signed a letter calling for the global recognition of the right to a healthy environment by the UN, highlighting that there are no human rights in a dead planet. The time is now to act upon the interdependencies between human rights, biodiversity and healthy ecosystems for present and future generations to thrive.

The author would like to thank David Boyd and Edward Pennant-Rea for valuable comments to a prior version of this article.