Biodiversity Negotiations Should Account for COVID-19 and Ensure Equity 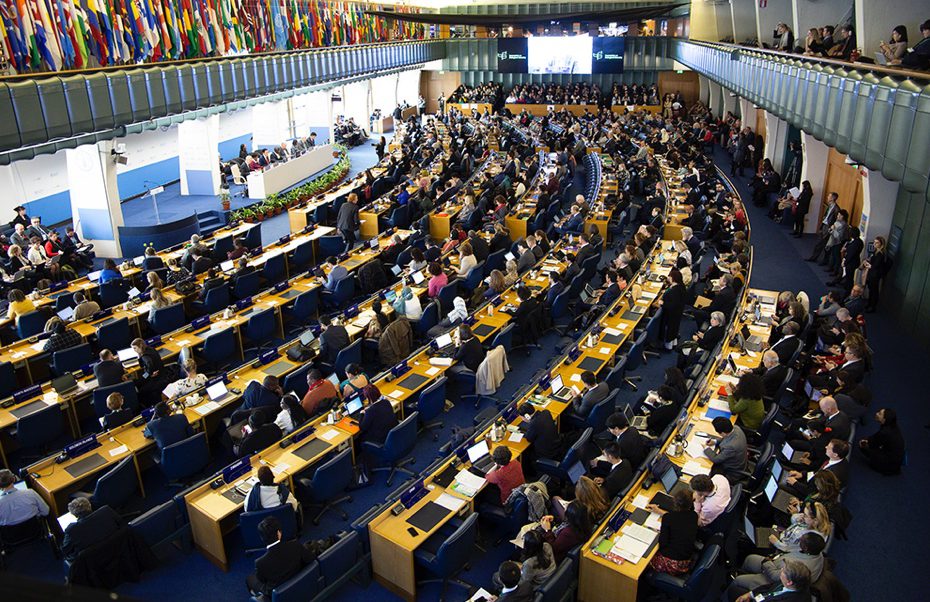 2020 was meant to be an important year – a “super year”– for addressing the global biodiversity crisis, culminating in the adoption of  an ambitious framework for broad action to transform “society’s relationship with biodiversity” and fulfill “the shared vision of living in harmony with nature” by 2050.

The 15th meeting of the Conference of the Parties to the Convention on Biological Diversity (CBD COP15), set to adopt the post-2020 Global Biodiversity Framework (GBF), was planned for October 2020 in Kunming, China, preceded by several other meetings[1] around the world, all of which have been rescheduled multiple times due to the outbreak of COVID-19. The COP is now scheduled for 17-30 May 2021.

In the meantime, virtual discussions, consultations and to some extent negotiations are ongoing and the particular ways that these dialogues continue are incredibly important. This article highlights three concerns regarding procedural and substantive developments within the CBD process. To voice these concerns, civil society groups issued a Joint Letter in late July 2020. Drafted by representatives from various grassroots organisations, the Letter is signed by the Women’s and Youth caucuses and the CBD Alliance (a network of civil society organisations holding common interests at the CBD). These groups provide crucial input at CBD meetings, as they hold knowledge and perspectives that are essential for addressing biodiversity loss.

The first concern addressed in the open letter is that the Open-Ended Working Group (OEWG) for the GBF has not responded appropriately to governance concerns that have arisen during the COVID-19 pandemic. Indeed, the text up for negotiation remains largely the same as that discussed prior to COVID-19, even though the past months have laid bare “new” inadequacies in governmental decision-making, and ways that environmental harms arise and are felt across society.

For instance, the pandemic has had a disproportionate impact on Indigenous Peoples, small-scale food producers, migrant workers, women, children, and other marginalized groups whose lives were already made vulnerable by societal inequalities and environmental injustices. Gadir Lavadenz of the CBD Alliance argues that the CBD’s three objectives offer a framework that places biodiversity, peoples, rights, and justice at its center. For his colleagues at the grassroots level, this has become increasingly important since the pandemic began. COVID-19 disproportionately affects vulnerable groups, yet States have not adjusted policies to address those concerns. This is especially problematic in countries where Indigenous Peoples have long been marginalized. Gadir reports that he has not heard of any country adopting COVID-19 policies that specifically respect and protect Indigenous Peoples’ cultures and rights.

Souparna Lahiri of the Global Forest Coalition makes similar observations, along with an additional concern that governments are using COVID-19 to enact draconian “emergency” legislation that dilutes environmental protections and human rights, allowing authorities to attack activists and communities that express opposition. Souparna points out that some of the same governments receive international funding for biodiversity projects under the guise of inclusiveness. Unless the CBD addresses this to ensure that biodiversity policies are aligned with rights-based frameworks, such practices may well continue under the GBF.

The Letter demands urgent, inclusive and equitable consultations and discussions to re-examine, re-strategize and re-structure GBF discussions. In order for the Framework to achieve transformative change, governance and decision-making concerns must be recognized and addressed.

The second concern relates to transparency and equity in virtual processes for negotiation. Virtual formats are not conducive for international negotiations. In addition to missing out on the unique opportunities for exchanges at in-person negotiations, both States and other stakeholders are affected by differences in time zones, varying internet access, and language barriers – all of which make inclusive and global virtual discussions difficult. Several groups have also brought attention to concerns related to the safety and privacy of participants.

Beyond this, the Joint Letter points out that as governments and local groups are currently struggling to provide people with basic necessities, full and sustained participation at virtual dialogues is unrealistic. If this additional challenge is not addressed, the negotiating process will be accessible primarily to only the most privileged participants, creating a deeply inequitable process.

The GBF is to set the stage for environmental policy in the coming decades, making it all the more important to ensure inclusive procedures. The Letter proposes that any virtual or online process carried out under the CBD must account for the realities, needs, and priorities of the Global South. The authors also ask that it become standard for meetings to include simultaneous interpretation for all six UN languages.

The third and final concern is of a more technical nature, and relates to the content currently up for review ahead of the 24th meeting of the Subsidiary Body on Scientific and Technological Advice (SBSTTA24), an intersessional meeting currently scheduled for early November 2020. Actors involved in the process have been asked to review the components of the GBF goals and targets, which have themselves yet to be agreed on. To the authors of the Letter, this peer review pre-judges the outcome of discussions at SBSTTA24, effectively stepping on its mandate, and could unduly restrict discussion at SBSTTA24 and OEWG-3 when they convene.

Concerns have also been voiced that key substantive issues related to rights and gender have only been marginally included in the draft goals and targets, or, in some cases, left out entirely.

In addition, the targets should be revised in light of COVID-19 before any review takes place.  The Joint Letter calls for reassessing the topics before commencing any peer review. The review process also risks exacerbating inequalities by being predominantly carried out by those in the privileged positions to participate under pandemic conditions.

That international dialogues will continue during COVID-19 is inevitable – as we’ve learned over the past months, things do not, and should not, stop in their tracks. However, the effects of the pandemic are being felt disproportionately around the world and within local communities. It is important to recognize how this shapes political processes now and in years to come.

This is especially true for the CBD, where exclusion now – even if not deliberate – could mean exacerbated inequalities in the future. The GBF risks only reflecting privileged perspectives, repeating historical injustices by leaving others at the margins.

The author of this guest article, Mika Schroder, is a PhD Researcher at the Strathclyde Centre for Environmental Law and Governance.