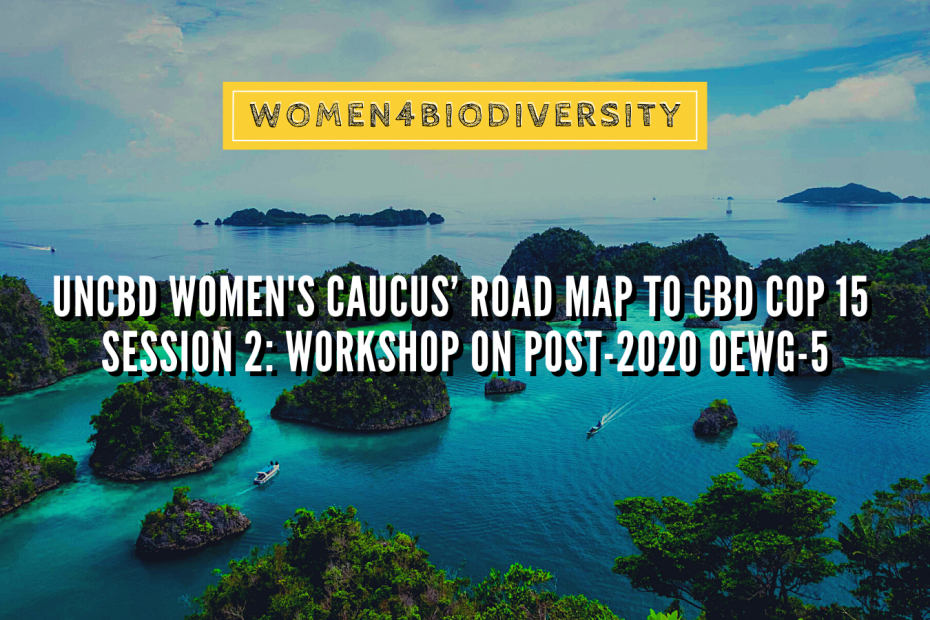 The event, which took approximately 2 hours, had interpretation available in English, Spanish and French to facilitate a wider participation from the UNCBD Women’s Caucus (WC) members, who come from different countries around the world.

The text review of the post-2020 GBF was conducted by dividing the participants into different breakout rooms where different sets of goals and targets were addressed. The discussions were facilitated by UNCBD WC co-coordinators Amelia Arreguin and Mrinalini Rai and Women4Biodiversity programme officer Shruti Ajit.

Among the main suggestions and contributions made was the inclusion of aspects and terms related to human rights, gender equality, indigenous peoples and local communities, and minimization of impacts on biodiversity and communities.

At the end of the workshop, the facilitators shared the working document of the text recommendations so that members can continue to incorporate their analysis and proposals to ensure the post-2020 GBF is gender-responsive, with a human rights approach at its core.
This workshop is part of UNCBD WC’s virtual workshop series in preparation for CBD’s COP 15. The schedule of the sessions can be found here.