Wetlands Law: We must protect what protects us 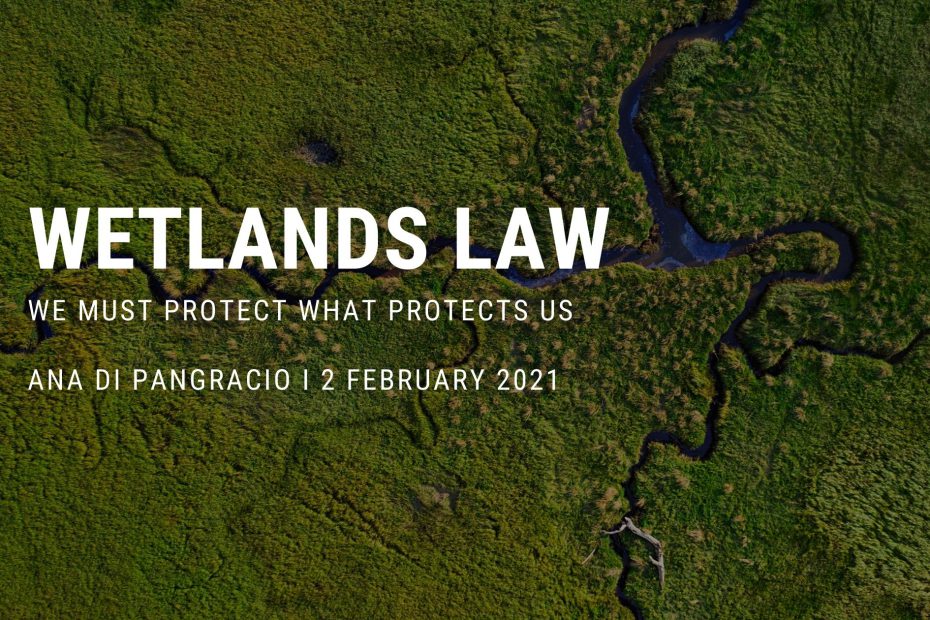 It’s time for a wetland law. We need it now. This is the understanding of the more than 500,000 people who signed an online petition demanding a “wetlands law now”, which at this moment is aimed at reaching one million signatures. In 2020 Argentina lost miles and miles of hectares of these invaluable ecosystems at the hands of fire. That is why we need, as never before, that 2021 be the year of greening, the year in which we decide to take care of what is essential.

Wetlands protect us and allow us to connect with nature. They have enormous value not only biological but also social, cultural and economic (they are, in fact, some of the most productive ecosystems on Earth). However, they are lost and degraded every day because, although it is hard to believe, they are often perceived as wastelands. Nothing is further from reality.

The Covid-19 pandemic makes it very clear that the more we alter the environment, the more danger we run. However, official reports indicate that, in the last 300 years, 87% of the known wetland surface has disappeared worldwide, and among the main drivers of this loss are agriculture and industrial livestock, mining and other extractive industries, urbanization, invasive alien species, climate change and untreated or poorly treated waste disposal.

Argentina still has great diversity and richness of wetlands in about 21% of its total surface, but it does not escape the decline that occurs globally. The absence of a wetlands law allows the advance of speculative capital linked to the most concentrated sectors of agribusiness, mining and the real estate market, only focused on obtaining income and without the least respect for the environment or human rights. We need a wetlands law against all that. A law that is of and for the people. Because we are wetlands.

February 2, is your World Day. A hitherto little-publicized event with which the International Convention on Wetlands – of which Argentina is a member state – highlights the importance of these ecosystems, this year focusing on their fundamental role as providers of freshwater. The date is also, at the local level, a new excuse to underline the urgency of a regulation that protects our wetlands throughout the national territory, an already historic claim of organizations, groups and movements of civil society, as well as entire communities.

We celebrate that in 2020 the discussion has at least been installed in the national Congress. Last November, the Commission for Natural Resources and Conservation of the Human Environment approved with a majority opinion a unified text of the law of minimum environmental protection budgets for the rational and sustainable use of wetlands, which is the result of the work not only of deputies and deputies, but rather the leading specialists in wetlands in the scientific and academic sector, as well as civil society organizations (large, medium and grassroots) in various parts of the country.

This unified text also brings the institutional scaffolding, definitions and tools necessary to effectively address the emergency that these ecosystems are going through. But we still have a long way to go. The majority opinion must be approved by three other commissions in the Deputies, to be voted on the premises as soon as possible and then pass to the Senate for consideration, wherein 2013 and 2016 a wetlands law was partially sanctioned, but it was later locked in the lower house. History cannot repeat itself.

We need a National Congress that proves to be up to the task and that recognizes all the extraordinary work and collective support that this unified text entails. It is the duty of those who are representatives of the people to guarantee the protection of the human right to a healthy environment, legislating to protect the enormous wealth and diversity of the wetlands of Argentina and the people who live in and from them.

For nature, for the common good and especially for the most vulnerable sectors of society, for present and future generations, wetland law now!