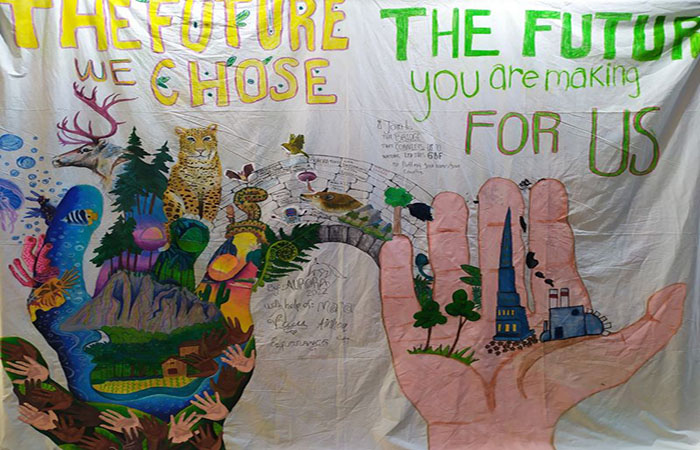 Text and photo by Cristina Eghenter

12 years after Nagoya’s Aichi Targets, a new Kunming-Montreal Global Biodiversity Framework (GBF) agreed on 19 December 2022 at the Fifteenth Meeting of the Conference of Parties to the Convention on Biological Diversity (CBD COP 15). As the headlines fade over this new framework, a question remains as to whether the new set of goals and targets are enough to “make peace with nature,” in the words of  UN Secretary General António Guterres, and to address inequalities and injustices that have also resulted from ecosystem degradation and environmental conflicts. The agreement was hailed as historic in the media.

From the perspective of a Human Rights-Based Approach (HRBA), there have been remarkable achievements that we need to celebrate. For the first time, and first among the Rio Conventions, the CBD adopts a stand-alone target on gender equality (Target 23), in addition to a strong and transformative Gender Plan of Action.

The new framework has a target stating the need for a full, inclusive, gender-responsive, equitable and effective participation and representation of Indigenous Peoples and local communities in decision-making related to biodiversity, and their rights to lands and resources, access to justice, and the full protection of environmental human rights defenders as key conditions for biodiversity conservation and sustainable use (Target 22). The conservation practices and governance models of Indigenous Peoples and local communities, including their rights over traditional territories, have been acknowledged and included as an essential contribution to achieving the conservation of 30 per cent of the planet (Target 3). These are some of the strong, decisive steps towards a Human Rights-Based (HRB) framing of the GBF.

That the GBF should, “be understood, acted upon, implemented, reported and evaluated, consistent with a human rights-based approach,” including the human right to a clean, healthy and sustainable environment, is stated in a preambular section of the GBF under “considerations”. This is a much weaker language than the initially proposed “principles” or “premises.”

Even so, the advances for rights are clear and unquestionable in the new GBF, and, in this respect, historic. Equity and rights are being integrated in the targets and actions for halting and reversing biodiversity loss. However, the real testing ground will be implementation, starting with the revision of the national biodiversity action plans.

Civil society needs to keep engaging and playing an active role in supporting and monitoring actions and decisions for biodiversity at the national level to be in line with the principles of HRBA. Collective advocacy and mobilization of civil society need to continue to hold governments and other stakeholders accountable for the implementation of all elements of the framework, including human rights. This is a must if we want to “make peace with nature” and bequeath a thriving and just Earth to future generations.

Cristina Eghenter is currently Global Governance Policy Coordinator at WWF International, with focus on human rights-based approach advocacy at the Convention on Biological Diversity (CBD) and other global fora where WWF engages. Her experience builds on over 20 years of work in Indonesia to support Indigenous Peoples’ networks and communities and women’ s associations, in their efforts to secure rights over their lands and resources and strengthen their governance institutions.